Day 5: Visiting the Great Wall of China in Badaling, China 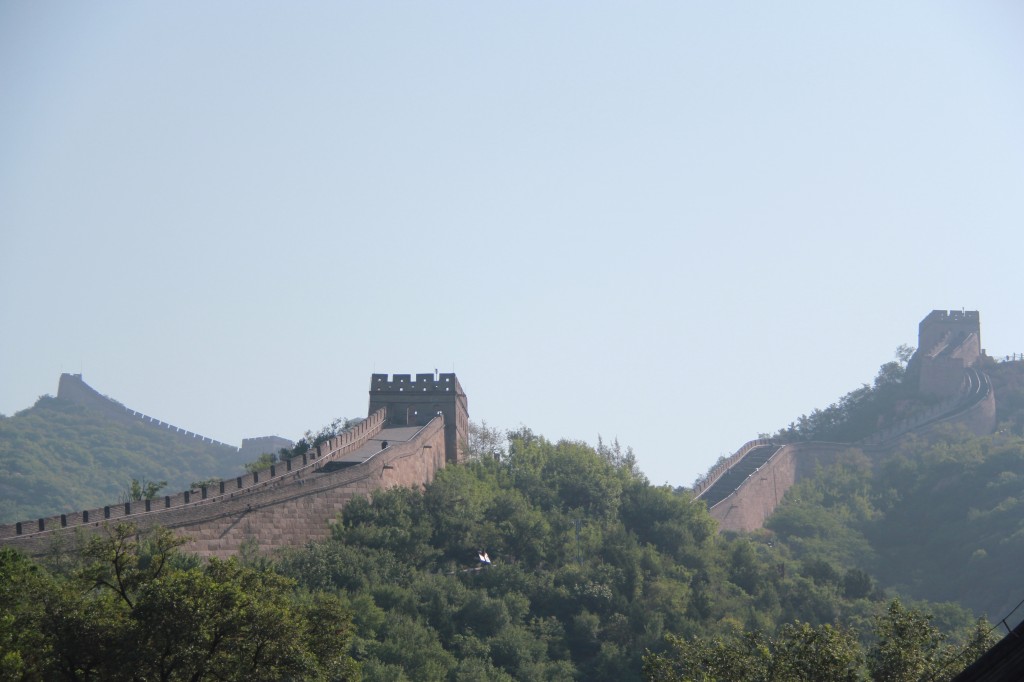 Probably one of the most important tourist attraction in China that every tourist keeps in their list is the Great Wall of China. It is also part of the 7 new wonders of the world list. It is also said to be the only man made structure that is visible from the outer space! So obviously, this is one attraction that I didn’t want to miss in my trip to China.

However, due to the thunderstorms here in China over the past few days, the entry to the wall was closed. But I also heard that it would open for tourists today. And that is how I kept the plan to visit the Great Wall to my last day here in China. The trip to the wall can be done in many ways and there are many entry points. Badaling is the main tourist entry point and could get very crowded. There are also tourist one day package which will provide a guided tour of the Great Wall.
Since by now we were feeling confident enough to travel in China by ourselves, we decided to do this on our own. Again, we had already research quite a bit on this in different travel forums. There is a train that connects Beijing to Badaling which you can use to make this trip on your own. The trains start from 6:30am and there are around 10-12 trains a day.
So today, we woke up quite early and headed out to the nearest subway station by around 5am. Remember, the sun rises here around 4:45am at this time of the year. We took the first subway to get to the Houying station on Line 8. We got down and proceeded towards the exit. The exit for taking the S2 train to Badaling is clearly marked all the way to the Huangtudian railway station from where you can get the train to Badaling. We used the Beijing Subway smart card itself for the S2 train and its just a 5RMB ride from here. Remember that the gates to enter the platform closes 10min before the train departs. 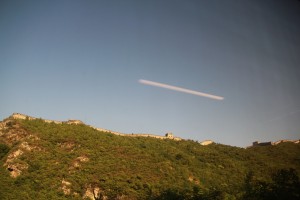 We got into the train just in time and the train started. The train was really comfortable and I would definitely recommend anyone planning a Great Wall trip by their own to use this. Its cheap and allows you to explore the wall at your own pace and time. The train moved through the suburbs and soon started going slightly uphill. It is suggested that you seat yourself to the left of the train for the best views. Soon enough, we saw the first glimpse of the Great Wall! It was really an amazing sight. 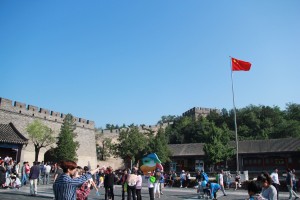 We got down at the Badging station. Again, there isn’t much to worry as almost the entire train goes empty after this station. We walked to the left of the station uphill as we read in the forums. There were also clear signs in English that will lead you to the Great Wall entrance. We walked almost a kilometer to the ticket office only to find a notice stuck on the counter. We could see local tourists arguing with the Wall officials. On enquiring, we understood that the ban on the entrance to the wall was extended by a day. Hence we would not be able to climb on the wall. Though this was a little disappointing, I didn’t feel too bad as I could see the Great Wall up and so close and hence I spent some time photographing the Great Wall. 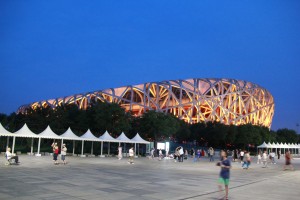 We then walked our way back to the Badaling station and took the S2 train back to Beijing. Given that we woke up quite early in the morning and the long walks that we took during the day, we decided to take some rest at the hotel before heading out again. In the evening, we again started out and this time, we wanted to visit the Olympic park where the 2008 Olympics was held. We took the subway once again and got down at the Olympic Green subway station on Line 8. 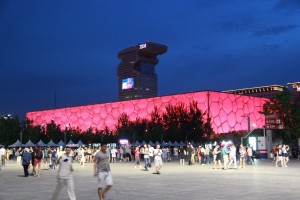 We exited the station and got out to the Olympic park area. It is always better to see this place during sunset as the lights come out during the night. However, the park closes at 8:30pm. We walked near the National stadium (Bird’s Nest) and the Aquatic center. Both these stadiums are iconic and they are indeed beautiful once the lights come out. After roaming around the park for a while, we decided to head back to our hotel and call it the end of our Beijing trip.
berT & Sarah
25.06.2017
Location: Beijing, China

Day 4: To the Temple of Heaven and the high speed train run in Beijing, China

We woke up to another cloudy day here in Beijing. Thankfully, once again, it wasn't raining. I could see that...