Day 4: To the Temple of Heaven and the high speed train run in Beijing, China 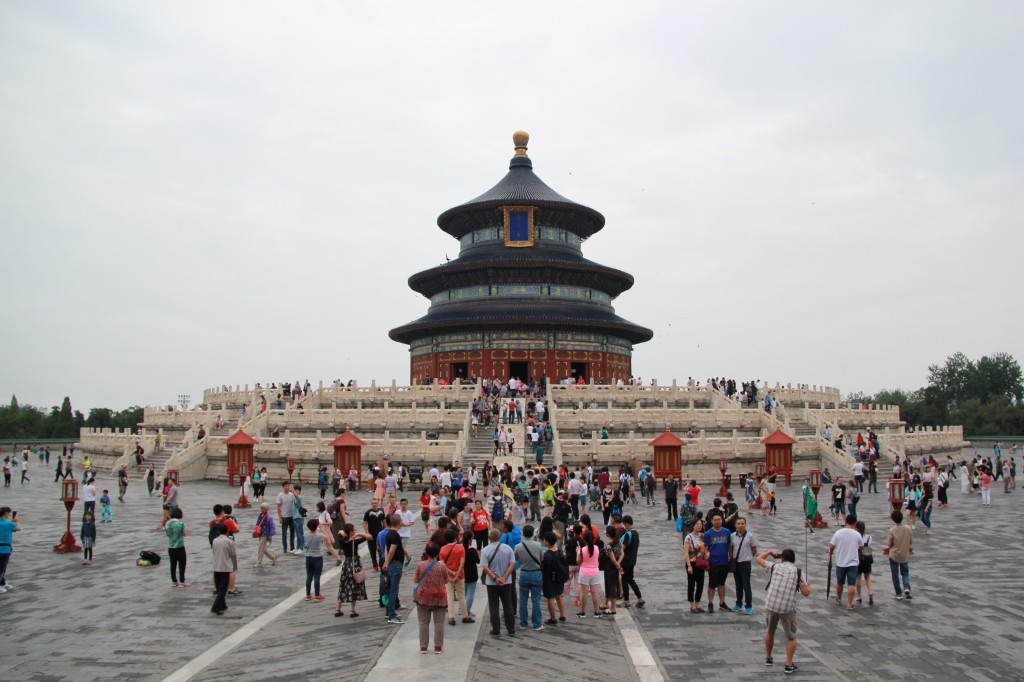 We woke up to another cloudy day here in Beijing. Thankfully, once again, it wasn’t raining. I could see that there was a forecast of rain in the afternoon. Given that, I decided to plan my day accordingly. 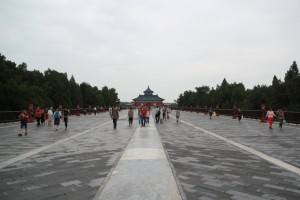 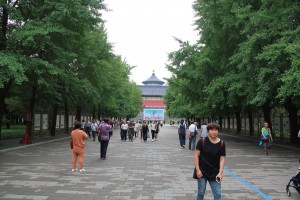 We took the tickets and walked in. Inside the outer wall, it is quite beautiful with so many coniferous trees doting the landscape. Many local street musicians were playing inside and we could also see so many locals visiting this area for leisure or a walk. We got into the inner area and took quite a lot of photographs. This is indeed another monument that you shouldn’t miss to visit in your trip to Beijing.
We got back to the subway station and this time, our destination was the Beijing south railway station as we wanted to get on the high speed train to Tianjin. China has one of the longest network of high speed trains and this is something we wanted to experience in our visit. So we looked at the easiest option and found that there were many high speed trains between Beijing and Tianjin, a distance of around 140km which will be done in 35min! The train travels around 300 kmph in this route. 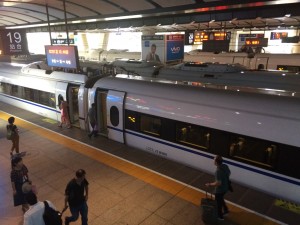 We got down at the Beijing south railway station and took the escalators up couple of floors to get to the ticket counter for buying the Tianjin tickets. Our plan was pretty simple, just take the high speed train to Tianjin and come back by another one. Our idea was to only experience the high speed train ride. Since there are frequent trains between these two cities, we knew this wouldn’t be a problem. We got to one counter and asked for the Tianjin tickets using the Google Translate app. However, she asked something back to us which we obviously didn’t understand. We just took the tickets and stood in the check in line for our train to Tianjin. 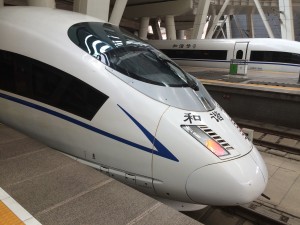 15min before departure, the gates were opened and we went to board the train. The train was looking pretty nice with an aerodynamic front and rear. The seats were pretty comfortable. However, when we asked the attendant regarding seats, we were told that the tickets we had were like waitlisted ticket. That is, there were no allocated seats! It was only then we remembered that the lady at the ticket counter was desperately trying to tell us something and we kept saying back “OK”. Anyways, we could still board the train and given that it was just a matter of 35min, we didn’t really mind. 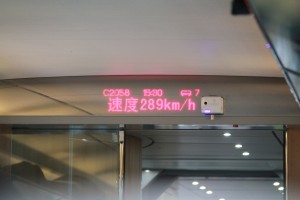 As the train moved on, we could see an expressway running parallel to the tracks. Even though the train was traveling quite fast, we could never feel the speed. It was only when we looked at the cars traveling on the parallel expressway that we could understand the speed of the train. Inside each coach, there is a display which also shows the current speed of the train. It was showing 289 kmph! That was pretty fast!
After a little more than half hour, we reached the Tianjin station. Since we did not intend to explore Tianjin and it was getting late, we decided to proceed directly to the ticket counter to get the tickets back to Beijing. This time, we were smart enough to use the translator app to ask if the seats were available! Finally, we reached back to Bejing and to our hotel and decided to call it another day in Beijing.
berT & Sarah
24.06.2017
Location: Beijing, China

We woke up to a cloudy morning here in Bejing. Thankfully, the weather had cleared up. It was no longer...