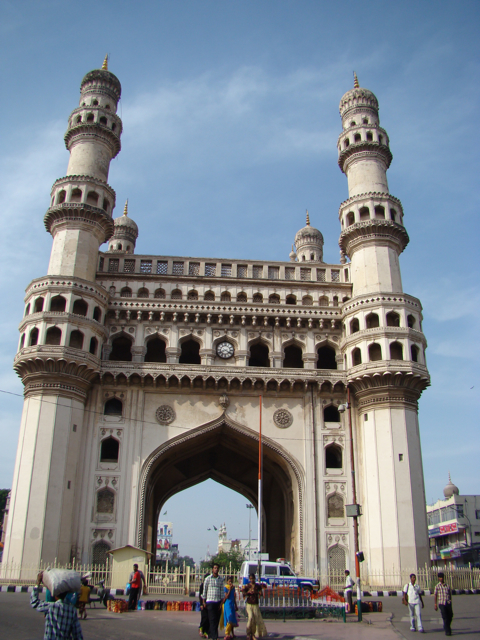 After a comfortable night’s sleep, I woke up today morning near the hyderabad suburbs which was my first stop-over. I dumped my backpack at the cloak room and headed straight to the auto stand. I wanted to keep the trip on minimal comforts, but the mere 3hr window at Hyderabad left me with only a few options. I passed through a beautiful lake. However, the city roads were quite traffic free quite contrary to what I was expecting. Each minarets I saw enroute, brought about the hope that I reached charminar. After a 75rs ride, I was finally looking at the beautiful charminar. It looked awesome. I just had a look from its four sides and took lots of photos. Now, I had to return back to the railway station. I got to a bus and it was just a 7rs ride back. Of course, it took me more time though. And after having my idli vada breakfast, here I am back in the train, to my next destination.

"What would you remember in life? Is it the corner office and the other mundane things of corporate life? Or...